New York (NY) state is the 4th largest state by population of the United States of America (USA). New York city (NYC) is the largest city in the United States. New York city was the capital of the United States of America (USA) from 1785 to till 1790. Albany is the capital of the New York state. Buffalo is the 2nd largest city and Rochester is the 3rd largest city of the New York State. New York is situated on the bank of Hudson River which is 507 k.m. flows from north to south through eastern side of New York (NY) in the United States. NY state is bordered by New Jersey(NJ) state and Pennsylvania(PA) state to the south side and Massachusetts(MA), Vermont(VT) and Connecticut(CT) states to the east side. New York City's central point is Manhattan, a densely populated borough (5 borough under the New York city) that is among the world’s major commercial, financial and cultural centers such as Empire State Building, sprawling Central Park and Times Square.
New York is famous for Statue of Liberty, Times Square, Brooklyn Bridge, headquarters of the United Nations, One World Trade Center, The world's two largest stock exchanges The New York Stock Exchange (NYSE) and NASDAQ (by total market capitalization).


List of public colleges and universities in Buffalo, New York:


List of private colleges in in Buffalo, New York: 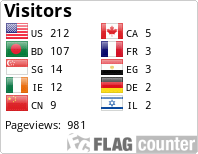