Official name of Australia, The Commonwealth of Australia. It's the largest country in Oceania and the world's sixth-largest country by area. The neighbouring countries are Indonesia, Papua NewGuinea and East-Timor to the north side; New Zealand to the southeast side; Vanuatu & the Solomon Islands to the northeast side. Canberra is the capital city of Australia. Sydney is the state capital of New South Wales (NSW) and the most populous and largest city in Australia. The country's other major metropolitan areas are Brisbane, Adelaide, Melbourne and Perth.

6. Melbourne (Royal Botanic Gardens, Federation Square, Cricket Ground, the National Gallery of Victoria):: Melbourne is the capital of Victoria state of Australia and second largest city in Australia. The town is located in the Port Phillip Bay area at the entrance to the Yarra River on the southeast coast. Theaters, restaurants, galleries, shops, & its distinctly European feel are the main draws of this sophisticated city on the Yarra River. Highlights of the city include the National Gallery of Victoria; the Royal Botanic Gardens; the Melbourne Cricket Ground and Federation Square etc. 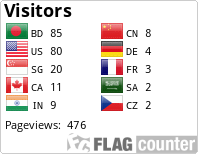